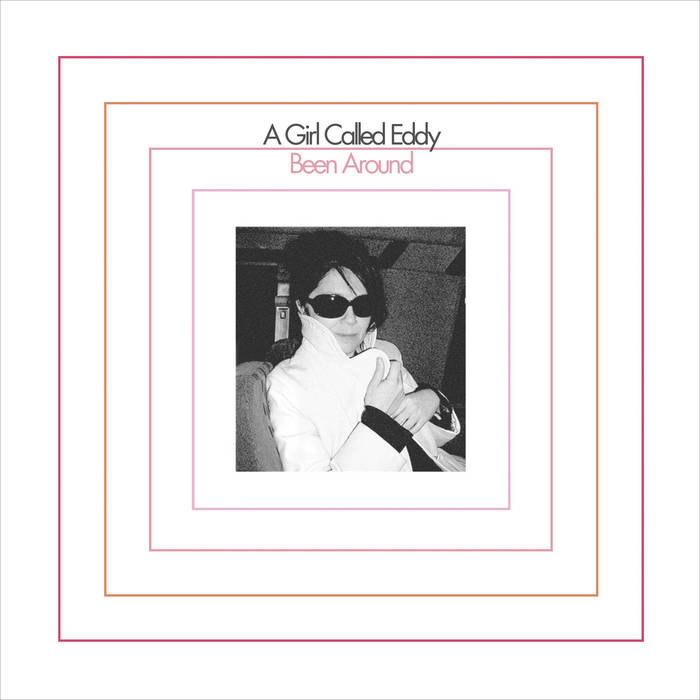 Brian Doig Love at first listen!
I confess... I am addicted!
A true thing of beauty.
A modern classic! Favorite track: Been Around.

Francesco Ciabatti Don't search the words to describe what is beautiful anymore: just listen to this album

Calle Falksten Follow up albums arent meant to be this good. Especially when its 16 years between them. "Being around" though not only meets the expectations laid out by A Girl Called Eddys debut there in 2004 they exceed them. 12 gobsmackingly beautiful songs with nods to Prefab Sprout,Jimmy Webb,Laura Nyro and all things sophisticated. All bathed in the luxurious production of Daniel Tashian. An early contender for album of the year. Favorite track: Finest Actor.

Ashlyme A glorious evocation of 70s West Coast pop this is a stunning second album by AGCE. Favorite track: Been Around.

marktrainer After I stream an album a certain number of times, I feel I gotta go buy it. I passed that threshold on this one long ago. Such a perfect record. Favorite track: Jody.

A little more than a year ago we released a very special album from a new project called THE LAST DETAIL, a super group, formed by FUGU and A GIRL CALLED EDDY. Or in other words, Mehdi Zannad and Erin Moran. Just over a year later, here we are releasing an album that many people didn’t ever think would every come, the second A GIRL CALLED EDDY album. While her debut came out in 2004 to much critical acclaim and was produced by Richard Hawley, it has been a while to say the least. But here is “Been Around” and yes, it was definitely worth the wait. Very much worth it.

Throughout her career she has collaborated and provided vocals on projects as varied as Ron Sexsmith (“Exit Strategy Of The Soul”), SUPER FURRY ANIMALS, to French superstar Phillip Katerine’s indie classic “Parlez Vous Anglais, Mr. Katerine?”. Her debut album saw her out on tour supporting acts as diverse as Josh Ritter, Rufus Wainwright, THE BEAUTIFUL SOUTH and THE CURE. And with that first record Moran has gathered a rather impressive list of fans: from Jane Birkin, Gilbert O’Sullivan, Tracey Thorn to Robert Smith, Don Henley, Jarvis Cocker and Burt Bacharach to name just a few.

“Been Around” has arrived looking like a classic. Referencing her heroes from Laura Nyro, and Van Morrison, to Steely Dan and PREFAB SPROUT, she has put together a collection of songs that still sound completely her own. They bring an essence of the past and real heart to the present. To a 21st century desperately in need of this kind of elegance, soul and inspiration, it is welcome indeed. Echo’s of Karen Carpenter and even Jackie DeShannon can be felt in the lead track “Been Around”, brimming with soulful horn sections and background vocalists, it is classic, high-flying soul-pop at its best. “Big Mouth” reminds us of the pristine, fragile sounds she created with Richard Hawley on her debut, a dialogue of light and shade. Those dialogues are the stars of an album that consciously aims toward the light and to contrasts. “Jody” is a fine example of this. A goodbye to one of her best and oldest friends, it’s a song thats bursting with life while grieving over death, all wrapped up in an evocative New York City narrative to boot. “Lucky Jack (20-1)”, an ode to her philandering but lovable father and the unpredictability of being the child of an alcoholic.

“Charity Shop Window” a collaboration with one of Moran’s hero’s, the Oscar wining songwriter Paul Williams (“We’ve Only Just Begun”, “The Rainbow Connection”) is a song sounding like a cross between a Tom Waits, Burt Bacharach and THE BEACH BOYS tune all at once. Sublime. “Someone’s Gonna Break Your Heart” as Moran admits is a direct homage to Queen Chrissie Hynde for all the inspiration she has brought to her. “Not That Sentimental Anymore” might be the most lyrical piece on the album. A point of reflection about the passing of time, growing older and disenchantment with life, with the gigantic lines: “Think I’m turning into stone... I’ve become the Berlin Wall”. “Two Hearts”, a blistering radio-ready pop song with a hint of ELO and brit-pop. “Come To The Palisades!” a teen-age reminiscing of New Jersey amusement parks, summers, beer and love... Moran's lyrics are at their best in songs like “Finest Actor” with “There could've been moments, but they were just scenes” and the Josh Rouse-like “NY Man”.

The arrangements on this album work on a different level to Morans debut. Where that album was steeped in dark melancholy, this record seems to bathe in the warm yellow Kodachrome-glow of the best of the 1970’s. A looking back, but not pastiche. A sense of genuineness and heart permeates every track. This is an album so full of detail and wonder that we could go on and on.

But we are here just to say that we feel this record can be listened to from so many angles, so many points of view. This is record for everyone. Produced with Grammy winning Daniel Tashian (Kacey Musgraves), Erin and Daniel have created something truly special together. Tracked mainly in Nashville, the list of guest appearances reads like a who’s-who of the best of music city: THE WATSON TWINS (Jenny Lewis), Victor Krauss, Jim Hoke and many others all make appearances.

“Been Around” is an enormous record. Made with love. Made the old-fashioned way. Perhaps thats where its timelessness comes from. Is reaching this exceptional and rich level of composition and emotion justification for such a long silence from A GIRL CALLED EDDY? Is that a question even worth asking? You haven't heard an album like this in fifteen years. She’s back. Dig in and enjoy.